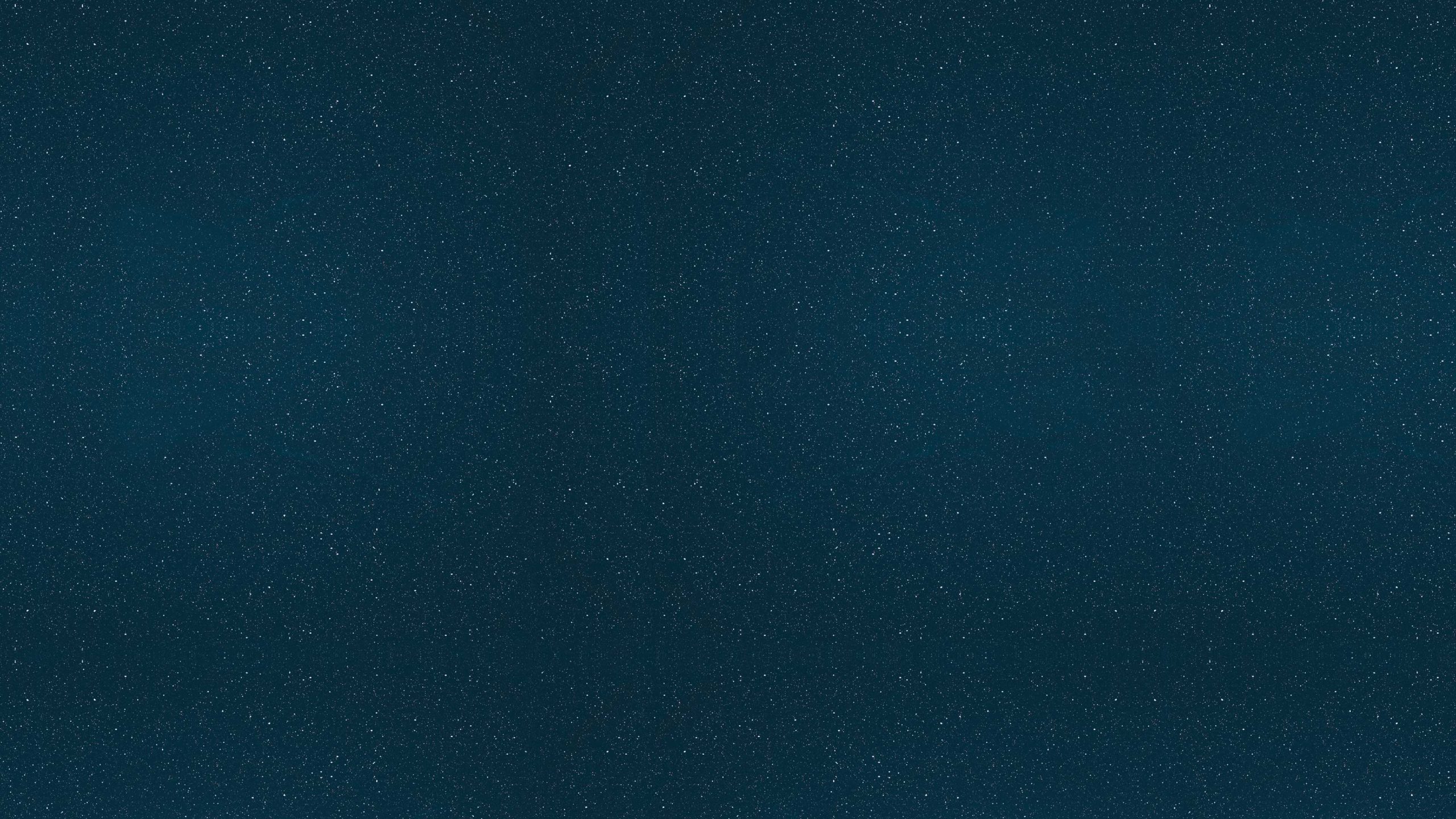 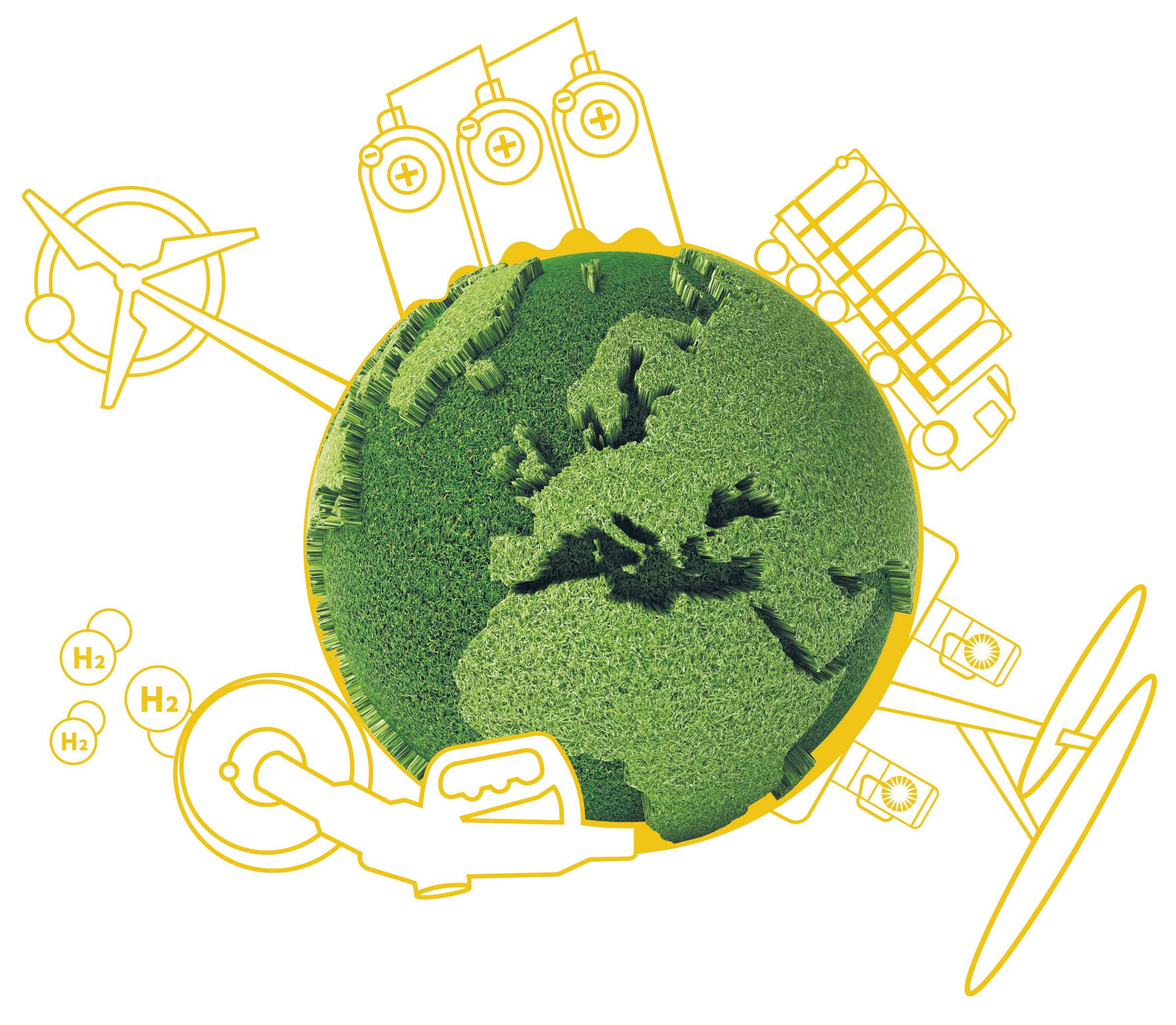 We are well on our way to decarbonising our electricity system through renewable energy. But, to also decarbonise hard-to-abate sectors such as heavy industry and mobility we need green hydrogen. Green hydrogen, which is produced from renewable energy will play a critical role in curbing climate change and achieving full decarbonisation of our society. Green hydrogen is carbon-free which makes it a climate-friendly alternative to fossil fuels. Simultaneously, it helps balance the power grid as renewable energy can be stored and consumed when it is needed – even when the wind is not blowing, and the sun is not shining.

Green hydrogen is produced by splitting water into oxygen and hydrogen with the use of renewable electricity. That process is known as electrolysis. In Everfuel we have developed key competencies in the engineering, procurement, and construction (EPC) work connected to the electrolysers.

Everfuel installs, owns, and operates electrolysers in places with abundant renewable energy and hydrogen offtake in the same area. We will operate the electrolysers from our control center, which is expected to be operational by the end of 2022 in Fredericia, Denmark. The primary product offered by our production facilities is hydrogen. Secondary value streams include by-products from the hydrogen production such as oxygen and heat. The excess heat can for instance be applied in a district heating system and thus ensure cross-sector integration.

Delivering hydrogen to our customers at the right time and at the right price is essential for us in Everfuel.

We do so through our fleet of custom hydrogen trailers which currently allows us to deliver green hydrogen to our stations and customers throughout the North-Western parts of Europe. In the coming years, we expect to offer hydrogen distribution throughout Europe to assist in the decarbonisation of European industries and transportation.

Hydrogen distribution is all about efficiency and reliability at all times while carrying high capacities of hydrogen. The trailers we operate for hydrogen distribution all have more than one tonne of hydrogen payload. They are developed in cooperation with our partners and include unique Everfuel features that offer a competitive edge. We distribute green hydrogen to our own hydrogen refuelling stations and partners’ stations. For industrial customers and partners, we use the hydrogen trailers as a mobile pipeline between hydrogen production and the customers’ consumption.

Everfuel operates hydrogen refuelling stations to support fleets of fuel-cell vehicles. Green hydrogen is especially useful in mobility segments that are difficult to electrify, such as buses, heavy-duty trucks, vans, and taxis. These are segments where battery electric vehicles will face challenges due to the charging speed or weight of the batteries. Fuel-cell vehicles can be refuelled at the same time as regular combustion engine vehicles.

An updated map of Everfuel stations and their availability can be found in the Everfuel App, which is also used for refuelling and payment.

Green hydrogen can be useful in a variety of sectors to assist in reaching zero-emission solutions or creating greener alternatives to fossil fuels.

Hydrogen is already a vital part of many production industries. However, much of the hydrogen consumed in the industry today is based on fossil fuels. With the transition to green hydrogen, industries can significantly reduce CO2 emissions.

Hydrogen can be used directly in fuel-cell electric vehicles such as passenger cars, taxis, vans, and trucks. Refuelling vehicles with green hydrogen offers several advantages. It allows for zero-emission transportation, and even decarbonises the surrounding air. Vehicle owners can refuel their fuel-cell cars and trucks at the same speed as it takes to refuel a diesel vehicle – eliminating long battery charging hours. Fuel-cell vehicles are particularly beneficial for fleets where battery charging times can be a challenge, such as taxis, or where batteries’ weight takes up too substantial a part of the cargo room.

Besides vehicles, green fuels, based on hydrogen, are well on their way to decarbonising the maritime and aviation sectors. When mixed with green CO2, green hydrogen is a central component in the production of e-fuels that will replace fossil fuels in ferries and airplanes.

A by-product of green hydrogen production is oxygen and heat. Both can be used in other industries to ensure that nothing goes to waste in the production process. Currently, Everfuel has entered an agreement to supply excess heating from the HySynergy production facility to local district heating.

Join us for a virtual tour

Meet us at Hydrogen events in Europe 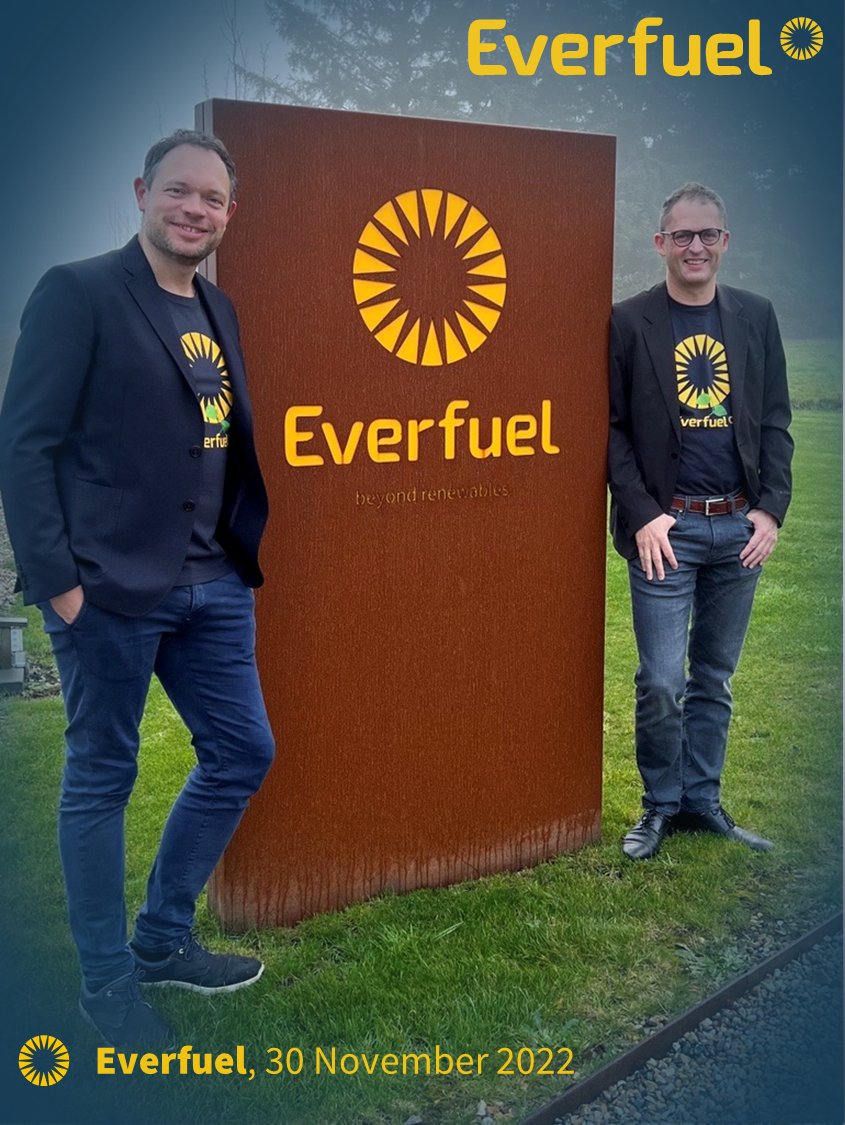 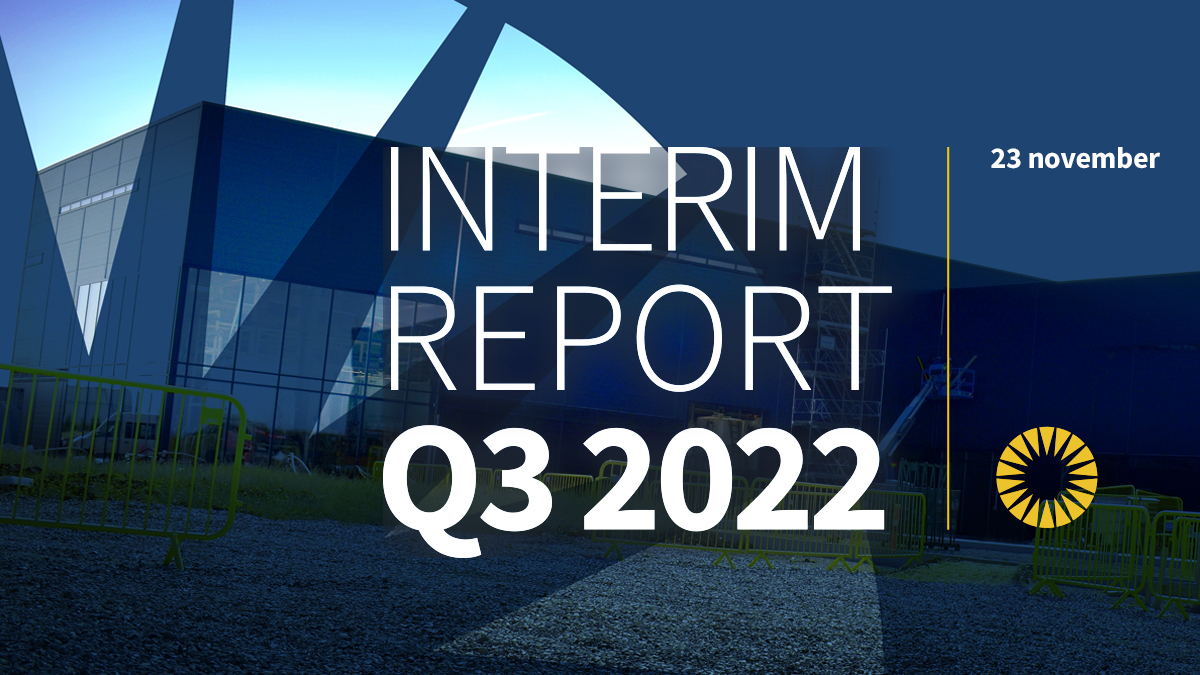 @EverfuelEU
Everfuel released third quarter 2022 today, 23 November at 07:00 CET. Join the webcast with our CEO and CFO at 09:00 CET today to learn more about how Everfuel is making hydrogen happen with the latest development. Link to webcast: https://t.co/nnMk2lVwgK #MakingHydrogenHappen https://t.co/BdQdJtvjwG
November 23, 2022 06:26 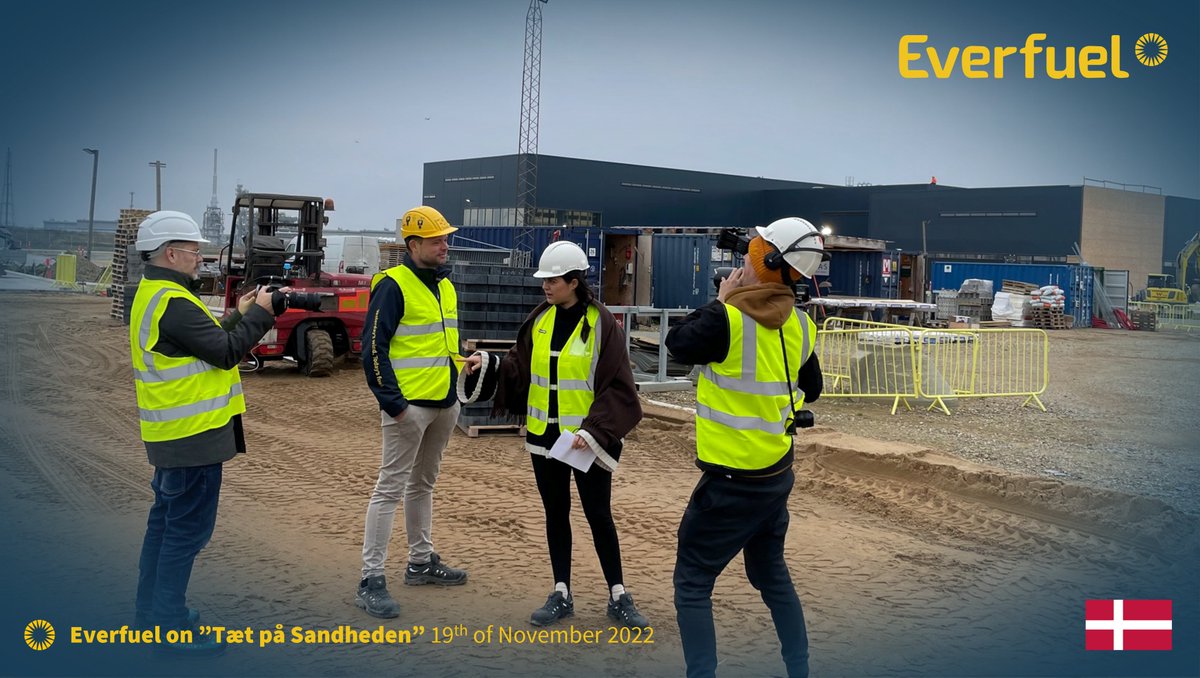 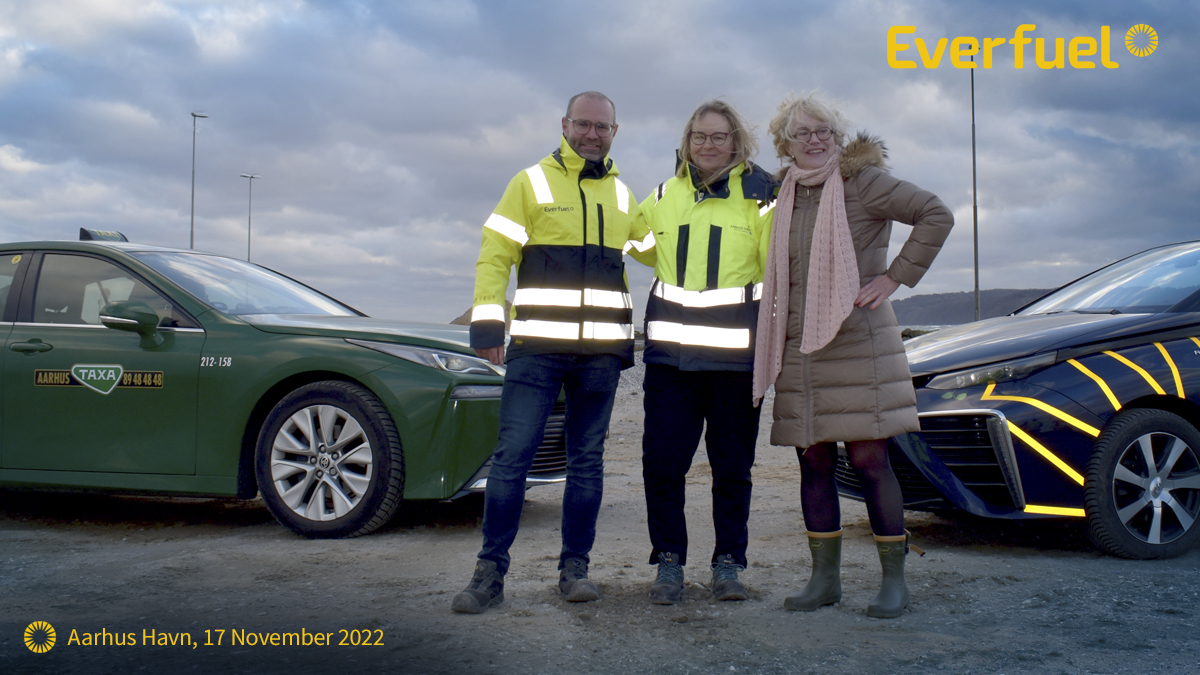 @EverfuelEU
Today, on a windy Aarhus harbour accompanied by Aarhus og Horsens Taxa and Port of Aarhus, @EverfuelEU turned the first sod for the second hydrogen station in the city. We look forward to fuel taxies soon and trucks in the foreseeable future 🙌 #Everfuel #turningfirstsod #H2 https://t.co/MoYMuofgYs
November 17, 2022 16:41 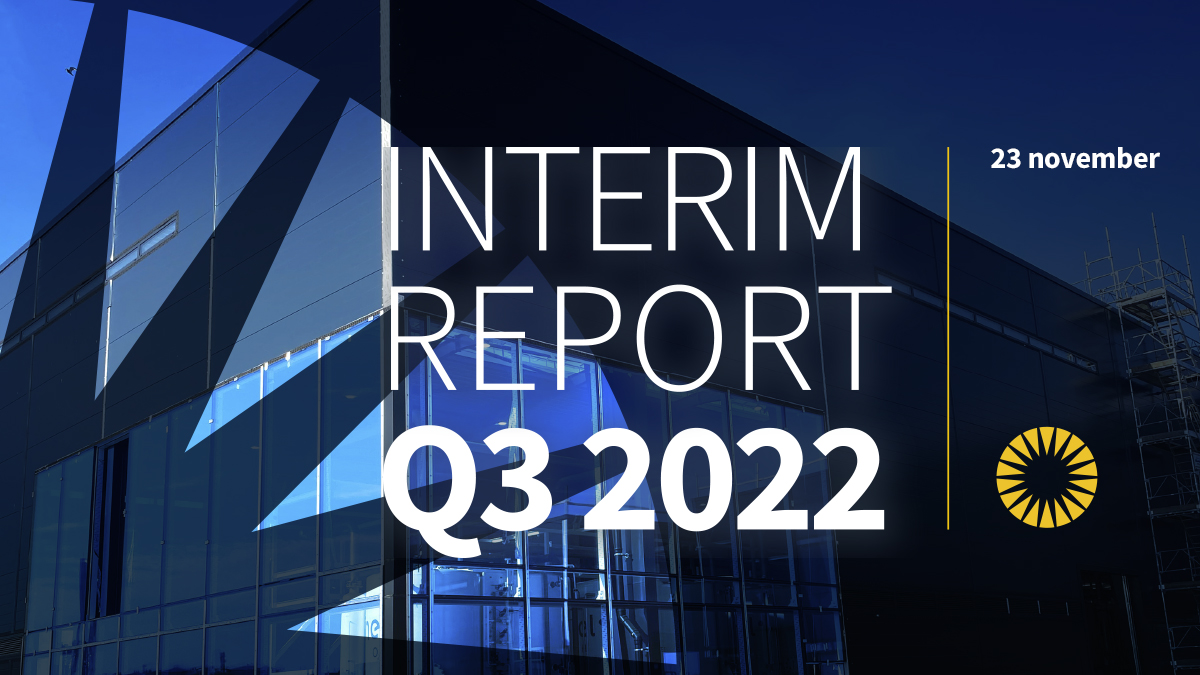 @EverfuelEU
Everfuel to release the 3rd quarter 2022 results on Wednesday, 23 November at 07:00 CET. Join a webcast with our CEO and CFO at 09:00 CET the same day to learn more about how Everfuel is making hydrogen happen with the latest development. Link to webcast: https://t.co/dmj71MjADb https://t.co/VLqAktzsUj
November 16, 2022 16:12 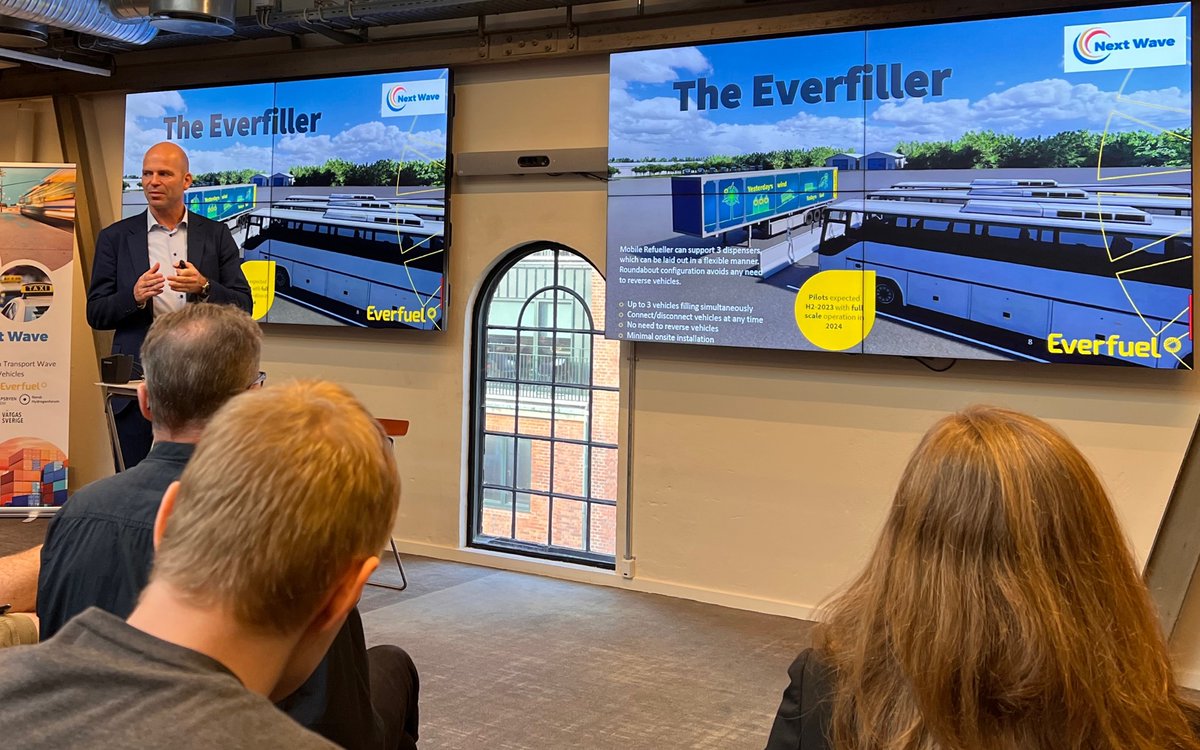 @EverfuelEU
Yesterday, #Everfuel CTO Uffe Borup presented our #hydrogen #mobile #refuelling solution ‘the #Everfiller’ at #HFC #Nordic. A great conference with interesting keynotes throughout. @Everfuel will be back next time! https://t.co/0bv1Xkd9Fn
November 10, 2022 08:03

@EverfuelEU
At this year’s #Mission #Hydrogen, our CEO Jacob Krogsgaard addressed the opportunities and challenges of the #hydrogen #industry that needs to be overcome in the coming years. Thanks for all the good questions from the audience! #Everfuel #HySynergy #Hubs #Keynote #H2 https://t.co/NQxxRErVsD
November 8, 2022 09:50 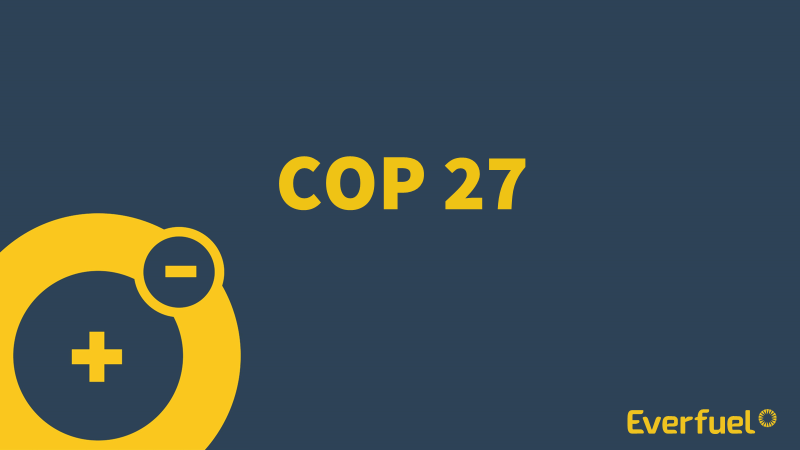 @EverfuelEU
Today #COP 27 was kicked off. Again, hydrogen is at the centerstage “…as the potential energy source for the future” From the sideline, #Everfuel looks forward to seeing the round table discussions on November 8th: “Investing in the Future of Energy: Green Hydrogen” https://t.co/QsHgbwZmEN
November 7, 2022 11:51 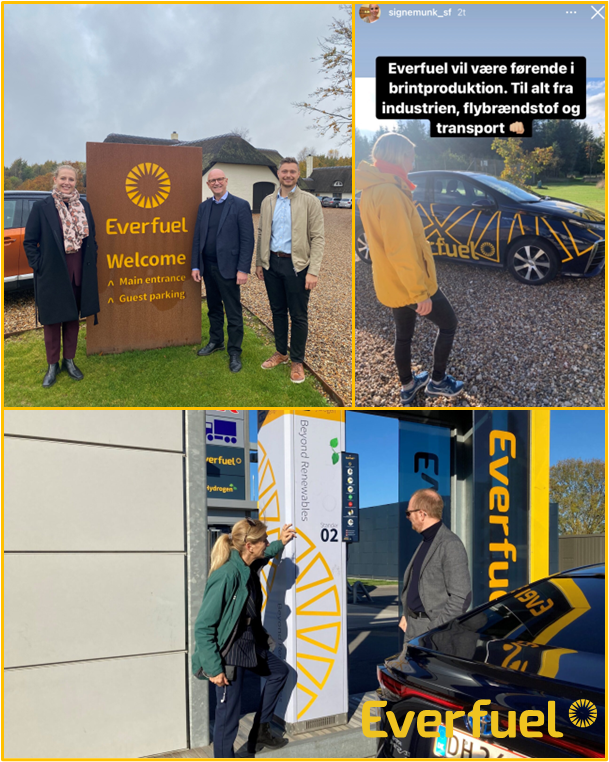 @EverfuelEU
Happy election day Denmark! 🇩🇰 Thanks to the many politicians, who have shown interest and engagement in fruitful #hydrogen & #PtX discussions on our walk-n-talks at the #Everfuel HQ during the election campaign. Let’s continue to make hydrogen happen! #LetsMakeHydrogenHappen https://t.co/QTEG6cq8hX
November 1, 2022 10:03 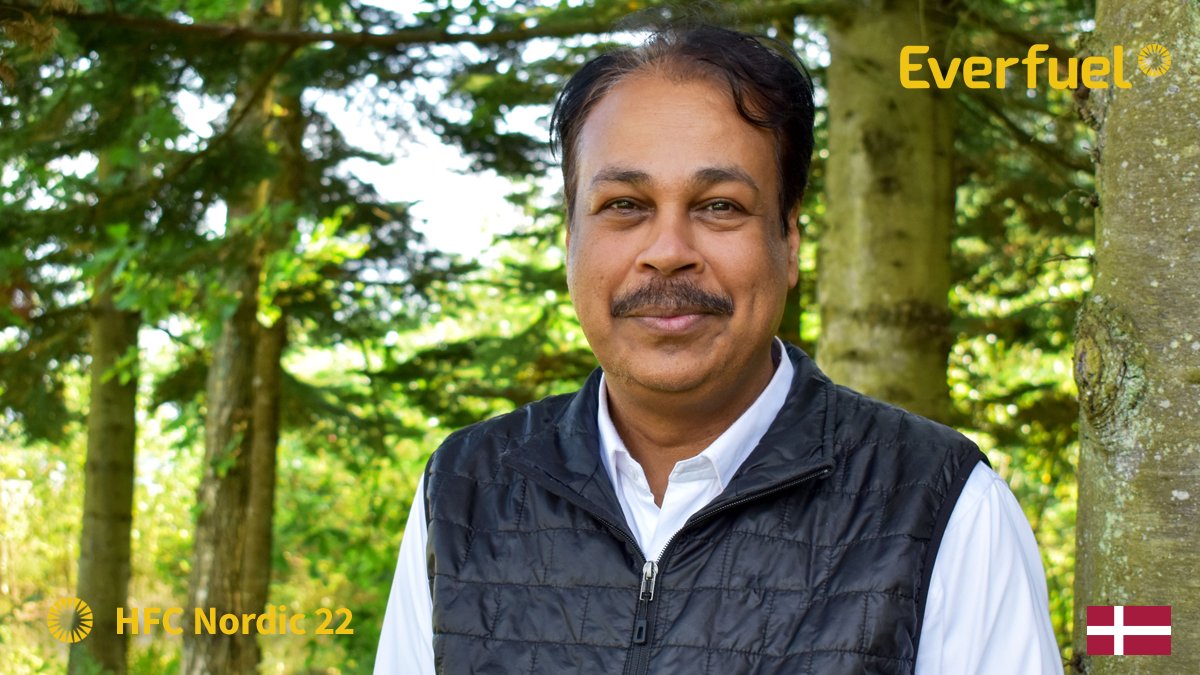 @EverfuelEU
Do you want to learn more about #Everfuels mobile #hydrogen refuelling solution? Meet Everfueller, Sanjeet Kumar Dwivedi, who will present the #Everfiller solution at the HFC Nordics conference on 8-9th of November in Copenhagen. https://t.co/uf8CPNyQrF
October 24, 2022 12:18 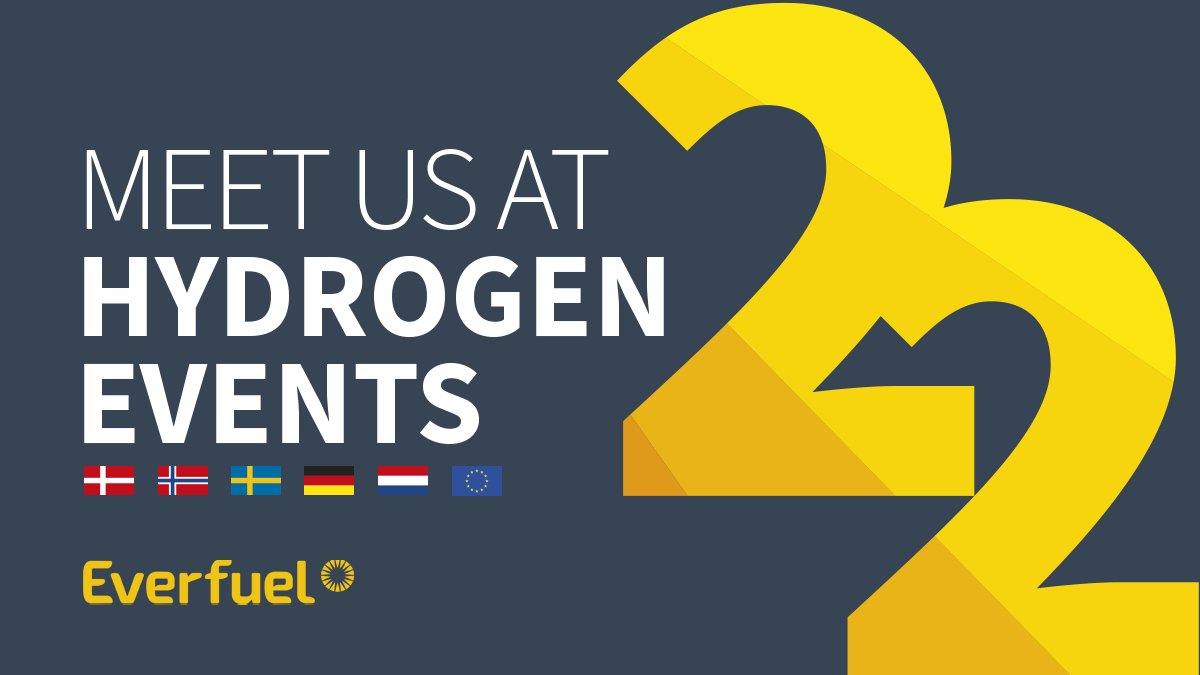 @EverfuelEU
Would you like to meet the team of Everfuellers and talk to us face-to-face? We'll be happy to see you at various events around Europe in October and November 2022! Join us and get insights on how hydrogen has its place in the fuels of the future. https://t.co/sm3cMiON7e https://t.co/1D1wdLRPcT
October 3, 2022 12:22 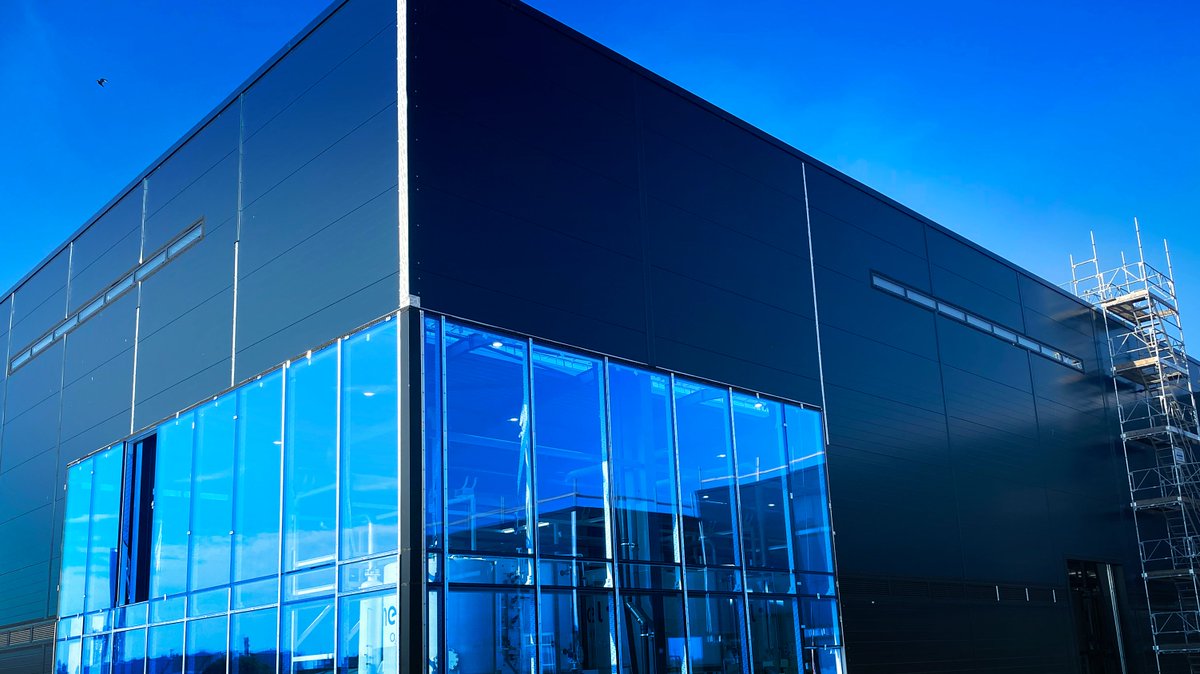